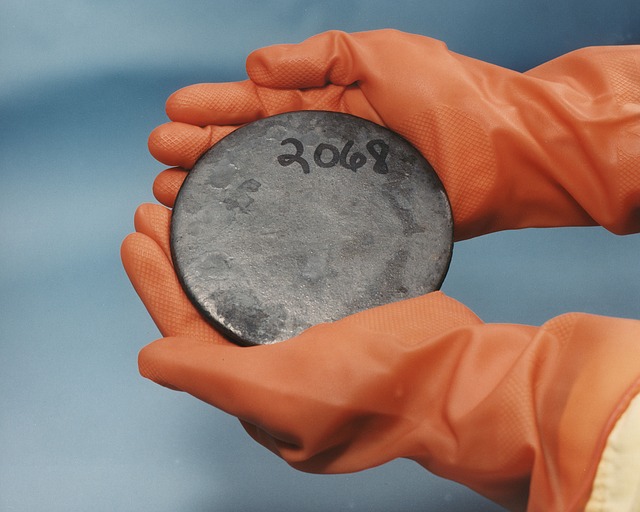 Uranium is a very heavy metal formed in supernovas (i.e. exploding stars) about 6.6 billion years ago.

It is not common in the solar system, but its slow radioactive decay provides the main source of heat inside the Earth.

One major use of uranium is to generate electricity in nuclear power reactors. It is estimated that we need 65,000 tons of natural uranium every year.

Currently, the demand is filled by mining exploration of ore that contains uranium.

In Canada and Russia, people mainly use deep tunneling to get uranium ore. In the USA, Kazakhstan, and Uzbekistan, people mainly use in situ recovery to extract uranium. This method leaves the ore where it is in the ground, and dissolve the ore to recover uranium.

Uranium can also be extracted as by-products from large phosphate (i.e. a chemical compound that contains phosphorus) deposits and coal.

However, these extractions from solid ore and as by-products cannot be labeled as renewable. This is because in these situations uranium cannot be reproduced from natural processes.

In a paper recently published in Progress in Nuclear Energy, researchers introduced why uranium in sea water can be seen as a renewable for nuclear energy.

It is estimated that up to 4500 megatons of uranium contained in seawater. Additionally, river water like Amazon River water can provide input of uranium.

Several extraction methods have been developed, such as using uranium-specific nonwoven fabric as an absorbent, using algae bloom to concentrate uranium, and nano-membrane filtering.

In Japan, the technology to extract uranium from seawater has been demonstrated in laboratory research. The cost of extraction was about US$260 per kg.

Researchers suggest that with practical technology, the extraction of uranium can be balanced by the input of uranium from rivers. Thus, low uranium consumption and extraction with parsimony from sea water can make uranium a renewable if the concentration remains constant.

In the future, large scale marine experiments are needed to make uranium extraction from seawater more economically competitive. In addition, researchers will quantify the uranium input-output equilibrium in the oceans.