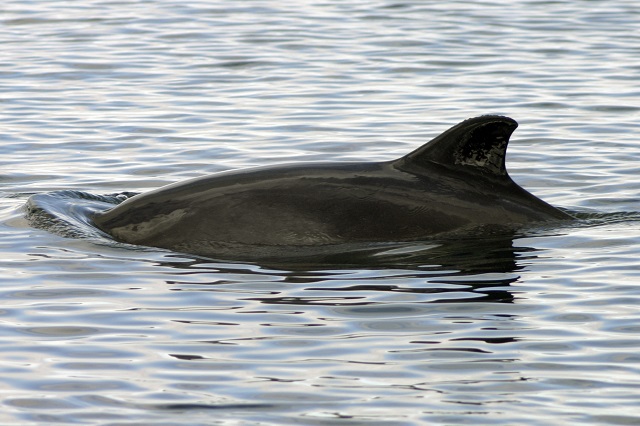 For decades, bycatch of porpoises, dolphins and whales (collectively known as cetaceans) has been a major conservation and welfare concern in Europe, with thousands continuing to die each year.

Now, the proposed regulation under the revised EU Common Fisheries Policy provides an opportunity to improve monitoring and mitigation requirements and to safeguard European cetaceans.

Direct interaction with fishing gear, both commercial and artisanal, is considered to be the greatest global threat to the conservation of cetaceans. In Europe, incidental catches are of concern for a number of cetacean species, including the harbour porpoise (Phocoena phocoena) which is particularly vulnerable to bycatch in gillnets.

However, despite binding European legislation that requires monitoring and mitigation, knowledge of bycatch numbers remains poor, there has been little change in fisheries management and, in general, inadequate effort to reduce the numbers of cetaceans caught in nets, likely to be causing population level impacts in some species.

Legal protection is in place

In Europe, all cetaceans are strictly protected under Article 12 of the EU Habitats Directive. Additional obligations on Member States include the conservation of cetacean populations and the monitoring and mitigation of bycatch and other anthropogenic impacts under the Marine Strategy Framework Directive and Council Regulation (EC) No. 812/2004 (Reg. 812), as well as through regional agreements such as ASCOBANS and ACCOBAMS.

In line with the provisions of ASCOBANS Resolution 3.3 on Incidental Take, which fits well with the “strict protection” required under the Habitats Directive, “the general aim should be to minimise (i.e. to ultimately reduce to zero) anthropogenic removals”.

This means that action should not only be taken so as to avoid the risk of failing to reach conservation goals, or staying within an agreed limit for bycatch, but instead actions should be taken to continually lower bycatch rates towards zero.

Reg. 812 introduced technical measures aimed at reducing the number of cetaceans caught incidentally through the use of acoustic deterrent devices (ADDs) and through introducing a system for monitoring bycatch in certain European fisheries.

The Commission reviewed Reg. 812 in 2009 and 2011, and found on both occasions that while it had improved the knowledge on bycatch, it had significant weaknesses, both in its constitution and its implementation.

It excludes many areas and fisheries where bycatch rates are high, excludes small vessels from observer monitoring, mitigation and reporting of effort data, relies too heavily on ADDs, and has poor linkage with reporting under the EU Habitats Directive.

Vessels less than 15m in length are not required to take part in the on-board observer scheme mandated under Reg. 812, with monitoring generally conducted through scientific studies and pilot projects instead. However, delivery of the ‘scientific studies’ has been limited, likely due to the lack of specificity around what monitoring levels are required.

As such, the observer monitoring and mitigation undertaken under Reg. 812 covers only a small proportion of the fishing fleet, with the specified geographical coverage failing to encompass some key hot spots and contributors to bycatch.

Furthermore, even in areas and fisheries covered by the regulation, there has been inconsistent implementation, low inspection and enforcement of mitigation measures or monitoring of their efficacy. Overall monitoring levels fall short of that required to provide robust estimates of cumulative bycatch levels, and large sectors of the European fishing fleet remain unmonitored.

Sub-lethal and welfare impacts of bycatch

What research has been conducted has largely focused on quantifying mortality, much less is known about sub-lethal impacts of fisheries on cetacean populations.

Bycaught cetaceans can suffer injuries and high levels of stress during incidental capture, with documented effects following escape or release from fishing gear including behavioural alterations, physiological and energetic costs, and associated reductions in feeding, growth, or reproduction (i.e. fitness).

Furthermore, due to the highly social nature of many odontocete species where survival and reproductive success can depend on social cohesion and organisation, the effects of social disruption caused by bycatch mortalities may go beyond the dynamics of individual removals and impede population recovery.

In the case of mothers dying, a calf or dependent juvenile must be assumed to be a secondary victim. The extent of such sub-lethal and social effects is unknown. Bycaught cetaceans suffer a variety of injuries, ranging from skin abrasions to amputations, with the degree and severity of injuries varying with the method of fishing and species. Necropsies indicate that the majority of bycaught cetaceans asphyxiate in the nets.

The proposed regulation on the conservation of fishery resources and the protection of marine ecosystems through technical measures and a recast Data Collection Framework under the revised EU Common Fisheries Policy provide a necessary opportunity to improve monitoring and mitigation requirements in the future and to finally help safeguard European cetaceans.

Given the data gaps regarding the status of cetacean populations in European waters (e.g. trends only possible for the commonest species; seasonal changes in distribution of particular species and of fisheries activities; annual changes between SCANS type surveys) and bycatch rates (too few vessels with independent observers/Remote Electronic Monitoring (REM); small boat fisheries largely neglected), monitoring schemes must be designed with sufficient power to demonstrate bycatch levels with confidence.

Collection of such data will require investment in monitoring by Member States to ensure adequate geographic and fishery coverage. Monitoring smaller boats, which represent the large majority of total vessel number in many countries, is vital as these vessels typically operate in coastal waters predominantly deploying static gears and therefore potentially pose a substantial risk to cetacean species inhabiting shelf waters.

All measures should be part of a dedicated monitoring strategy for protected species bycatch, utilising the most effective methods of bycatch detection available, such as development of REM.

In addition to population and bycatch monitoring, effective mitigation is required and is to be based upon a regionalised, stakeholder and evidence-based approach.

Precautionary and effective mitigation measures should be applied in all fisheries irrespective of vessel size, gear type or geographic area; but with exemptions made for those fisheries with demonstrated negligible bycatch. Limiting or placing restrictions on effort (e.g. soak time, net length) are likely to be the most effective way to reduce bycatch.

Others include modification of the depths of gear deployment, mesh size, net height and length, and in some cases, potentially a move from industry-wide regulation to individual incentive-based management, which rewards low impact operators while simultaneously driving poorly performing operators to adopt better practices or leave the industry.

Compliance and enforcement measures should be clearly defined. Reporting of all bycatch is essential to evaluate the magnitude of bycatch mortality and to monitor the effectiveness of mitigation.

A unified approach and submission of annual reports will allow observed catches to be extrapolated to fleet level, and integrated across Member States to obtain robust estimates of bycatch levels by fishery type per cetacean species management unit area. Adequate bycatch mitigation should be applied in order to deliver the zero bycatch aim.