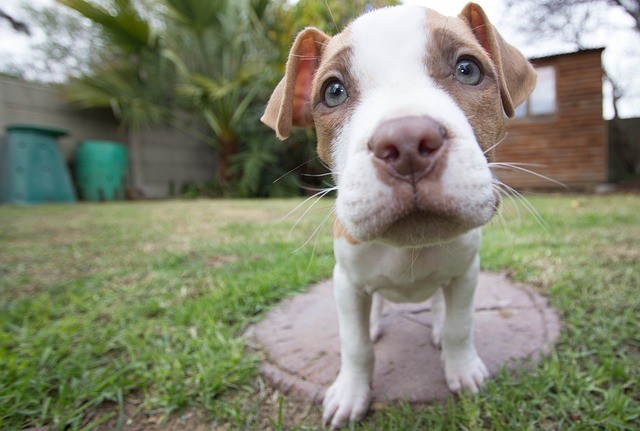 Many people now have dogs as pets.

They share the same living environment, and sometimes it is easy to have human-dog conflicts. So how do dogs handle the conflicts?

Each dog was tested separately. In both situations, the dog owner unleashed the dog and just observed in the same room.

Researchers recorded and analyzed the dogs’ responses. In a frustrating situation, all dogs tried to get the food (71 sec /180 sec). When they could not, they stepped back and stood alert.

They also gazed at their owner (15 sec) and the experimenter (26 sec).

Eight dogs interacted with the owner. They sat or lay down next to the owner, or rubbing, nosing, and licking the owner for 10 sec. Nine dogs tried to interact with the experimenter, but they only tried for 2.5 sec.

In addition, 18 dogs tried to explore the room. They visually scanned the room, walked through it, and sniffed the floor.

In the conditioning situation, all dogs learned the reinforced behavior (i.e. lying down) quite fast. They also tried to touch the experimenter’s closed hand.

Fifteen dogs stood alert in the beginning, but then lay down quickly as they got to know what they needed to do.

Researchers suggest that when there is a conflict (i.e. a person withholds food from a dog), the dog will first try to interact with the person. But as they learn how to get the food, they will shorten the interaction and use the fastest way.

If a conflict is hard to end, dogs will try to avoid the conflict. They will use some submissive behaviors, such as nose licking and lip licking.

They will also stand alert and watch the person to expect that the situation becomes better.

There are other factors that can influence dogs’ behavior in human-dog conflicts. For example, food value can change before and after a dog has eaten its meal.

In addition, if the owner misunderstands the dog, a conflict may be increased, and the dog may behave differently.