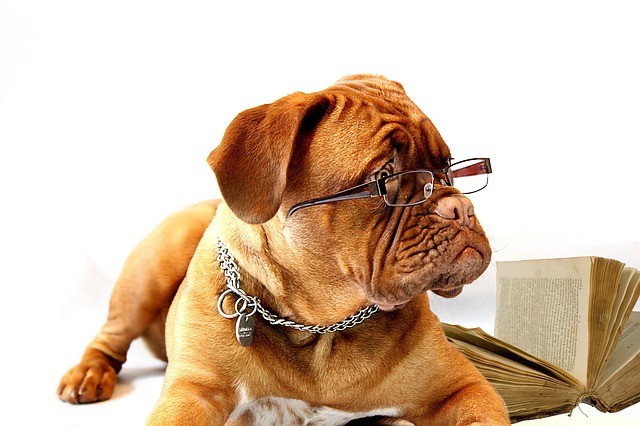 Since their introduction, TV devices have been a popular mass medium for entertaining in almost every home. These media entertainment systems have since been expanded onto desktop computers, laptops, phones and tablets.

Whilst TV shows are designed for humans, an unintended effect is that dogs are also able to view these shows. But do dogs really watch TV? If yes, what do they watch and can they choose what to watch?

Dog Computer Interaction (DCI) researchers try to answer these questions to make media devices specifically for dogs. The aim of these devices, much like their human counterpart, is to provide entertainment systems for dogs.

With most dogs being left at home or in kennels every day, the systems will allow dogs to choose and watch specifically designed media. Thus, they have the potential not only towards entertainment, but also to aid dog welfare and prevent dog behavioral disorders.

Many pet owners have noticed that dogs watch TV. On YouTube, there are many videos for dogs and even a dog TV channel. Recently researcher Ilyena Hirskyj-Douglas examined what subject dogs enjoy watching.

The study used various video materials, from Coronation Street to dogs play with lions. Not surprisingly, dogs enjoy watching other dogs, then other animals and lastly humans.

This is in line with previous dog-computer studies, which showed that just like humans, dogs have a preference for what they enjoy watching on TV.

Whilst this varies with different dogs, similarly to humans having individual preference, this does confirm that dogs have an intention to choose what they want to watch.

The study has led to researchers to build devices to allow automatic tracking of where a dog is watching on the screen whilst viewing media programs.

In a recent published article in the International Journal of Human Computer Studies (IJHCS), researchers used a tracking method to test if dogs showed viewing habits, such as favoring and following with media programs across multiple screens.

The result showed that when dogs were presented with 3 screens, they were unable to pick between the screens and focus on their favorite screen.

Dogs also had short viewing habits with the TV devices. For example, they often preferred to quickly glance at the screen rather than focus on the media for a long time.

This finding implies that dogs may not watch media programs through long gazes, which is typically seen in humans, instead they prefer short gazes.

Nevertheless, although all the dogs interacted with the media, it showed that when a dog faced with 3 screens, they prefer to watch nothing over the videos shown. The reason behind this preference is still unknown.

Researcher Hirskyj-Douglas is currently looking into taking this research with dogs and media devices further by building devices that automatically allow a dog to watch media.

These devices will react to dogs’ presence to see if a dog can learn to use a TV system, and if presented with one, would they choose to use it.

The aim is to allow dogs to control technology through their body movements, just like what humans are doing.

Currently, this work and field are still in an early stage. Research seeks to use the advanced technology that humans enjoy to benefit dogs’ daily life and welfare.

By stepping towards dog-computing technology, we open a new world to investigate how dogs currently, and potentially, use technology.

Citation: Hirskyj-Douglas I, Read JC, Cassidy B. (In Press).  A dog centred approach to the analysis of dogs’ interactions with media on TV screens. International Journal of Human-Computer Studies. doi:10.1016/j.ijhcs.2016.05.007
Figure legend: This Knowridge.com image is for illustrative purposes only.