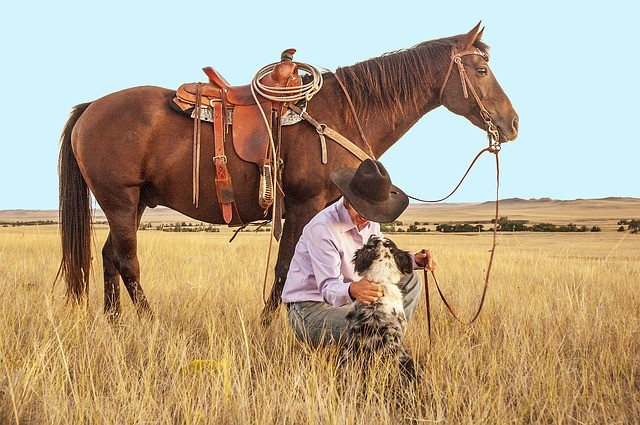 Humans have a long history to use animals in psychological treatment.

In the late 18th century, animals were incorporated into mental health institutions to help patients socialize.

In the United States, people who experience trauma, such as posttraumatic stress disorder (PTSD), get help from animals to reduce their stress.

Although animals can play a positive role in humans’ mental health, how empirical data support this role is still unclear.

In a review published in Frontiers in Psychology, researchers summarized findings of animal-assisted intervention for trauma.

They focused on 10 studies that directly examined animal-assisted therapy of trauma (e.g., abuse and war). The animals include dogs, horses, cats, rabbits, and other farm animals.

Typical intervention settings are farms, home, school, riding center, treatment center, and laboratory. The therapy is either conducted individually or in a small group (6-10 people) and often last from 1 week to 12 weeks.

Researchers found that dogs were the only species included in traditional, clinic-based therapy sessions, whereas horses and farm animals tended to be part of more active engagement outdoors.

Researchers suggest that animal-assisted intervention is useful as a complementary treatment for trauma.

However, research in this field is still in an early stage, and more work is needed to evaluate outcomes for different types of trauma and outcomes in larger community samples.