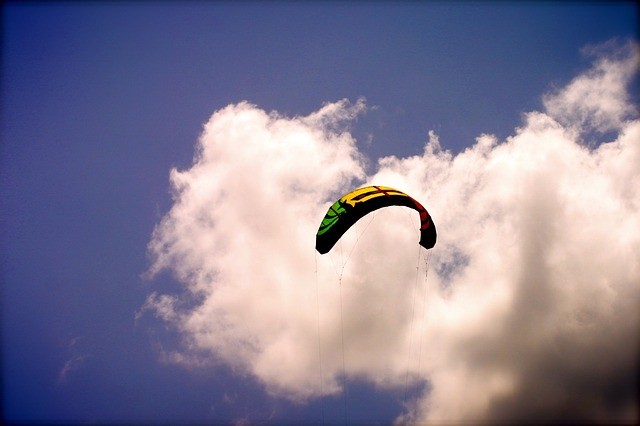 The global energy demand is increasing due to the expansion of world economics and population growth.

Renewable energy, such as wind power and solar power, is becoming more and more important.

Wind power converts wind energy into electricity. It is not only an alternative to fossil fuels but also clean energy that helps reduce negative environmental impacts.

However, how to obtain wind power effectively is a remaining question. Wind speed can vary with altitude in different places, but usually, the optimal heights are above common wind turbines.

Airborne wind energy (AWE) has been used to obtain wind power at higher altitudes and at a cheaper cost. Nevertheless, some field surveys find that AWE systems are not always easy to use.

For example, the airborne part must fly safely despite dangerous weather conditions, and it must avoid collisions with aircraft.

In a study published in Renewable Energy, researchers reported how “Pumping Kite” AWE is used in wind farms.

In such a kite, the wings and traction tether are made from strong, flexible lightweight materials, and the heavy power generator is put on the ground.

People can operate the system in periodic pumping cycles. In the “reel-out” status, the kite flies at high speed and creates a high traction force. The force will be converted into electricity.

When the kite reaches the maximum tether length, it can be pulled back to the initial position to start the next pumping cycle.

In addition, the investment cost for a pumping kite farm was much lower than the cost for a wind turbine farm.

Furthermore, when wind turbines were replaced by pumping kites in a farm, the internal rate of return increased almost 200%.

Researchers suggest that a pumping kite system can generate electricity more efficiently in wind farms, especially in places where wind turbines only create a very small internal rate of return.

Future work will estimate the cost of a pumping kite more accurately.