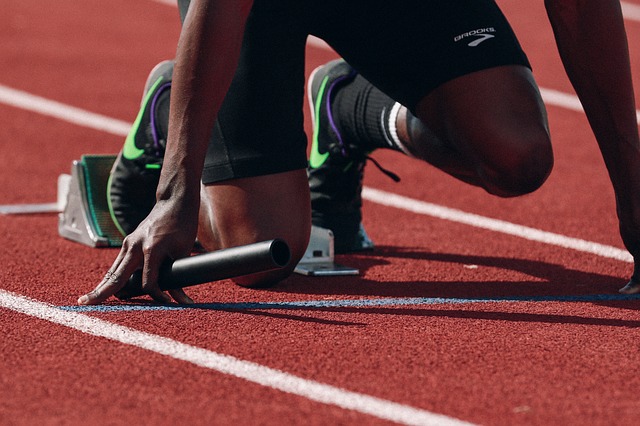 Usain Bolt holds the current world record in the 100m race, with a running time of 9.58 s. He has been described as the best human sprinter in history.

However, this raises questions concerning whether humans can run faster.

Over the past 50 years, many researchers have attempted to generate a model to explain the development of world record speeds.

One interesting attempt was the calculation of the maximum running speed of Usain Bolt.

Using mathematical assumptions, Barrow (2012) predicted that Usain Bolt could achieve a faster running time (from 9.58 to 9.45 s) with no extra effort on his part or improvement in his performance.

However, these mathematical models provide no reliable biomechanical and physiological justifications.

In a recently published study, two scientists put forward a new model to predict human speed. But this time, they focus on quadrupedal running, rather than bipedal running.

The existence of quadruped humans was first publicized by a 2006 British television documentary about a Turkish family in which several adults walked on all four limbs.

Surprisingly, world record times have been set on seven occasions in 7 years and have improved by more than 2 s in the last 4 years.

The scientists plotted the historical world records for bipedal and quadrupedal 100m sprint times according to competition years.

These historical records were plotted using several curve-fitting procedures. Finally, they found that the projected speeds intersected in 2048 when for the first time, the winning quadrupedal 100m sprint time (9.276 s) could be lower than the winning bipedal time (9.383 s).

These results suggest that in the future, the fastest human on the planet might be a quadrupedal runner at the 2048 Olympics.

This may be achieved by shifting up to the rotary gallop and taking longer strides with wide sagittal trunk motion.