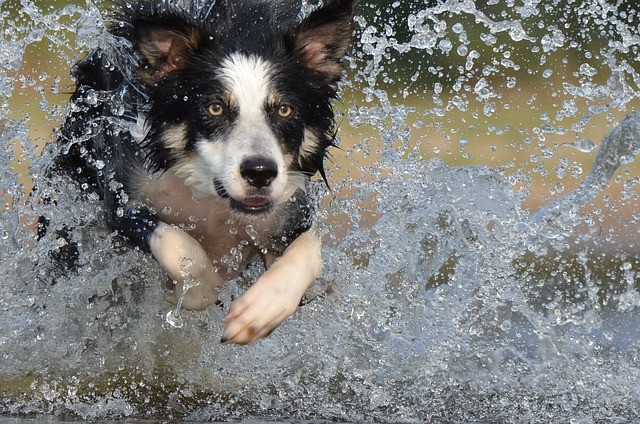 Attention is a fundamental cognitive ability we use in daily life.

Research shows that this ability influences other cognitive functions and that it has a U-shaped developmental trajectory in humans.

However, we still know little about the lifespan development of attention in non-human primates.

In addition, the tests used in the studies often require intense training that may take months or even years.

In a study recently published in Frontiers in Psychology, researchers solved the problems by testing the lifespan development of attention in pet dogs.

They tested pet dogs from 6 months to 13 years of age to see the normal rate of attention development and decline.

They used simplified versions of tests from human research, and hence no intense training was needed.

69 male dogs and 76 female dogs took part in the study. All dogs were Border collies to exclude effects of breed differences.

In Experiment 1, researchers showed moving objects up and down or walk back and forth in front of dogs and checked how long the dogs looked at the target (i.e. objects or humans).

In Experiment 2, researchers tested how dogs found food on the floor and gained eye contact with the experimenter.

The result showed that by the age of 6 months, Border collie’s attention was already at adult levels.

But their selective attention (Experiment 2) differed across age groups: in the middle age (3-6 years), they did the best; in younger or older age groups, their performance level decreased.

This suggests that a U-shaped developmental pathway of selective attention may exist in dogs and that dogs and humans may have similar lifespan development of attention.

This finding is very important because it shows that domestic dog is an important species for modeling human health span, aging, and associated diseases.