Astrophysicists at Western University have found evidence for the direct formation of black holes that do not need to emerge from a star remnant.

The production of black holes in the early universe, formed in this manner, may provide scientists with an explanation for the presence of extremely massive black holes at a very early stage in the history of our universe.

Shantanu Basu and Arpan Das have developed an explanation for the observed distribution of supermassive black hole masses and luminosities, for which there was previously no scientific explanation.

The findings were published by Astrophysical Journal Letters.

The model is based on a very simple assumption: supermassive black holes form very, very quickly over very, very short periods of time and then suddenly, they stop.

This explanation contrasts with the current understanding of how stellar-mass black holes are formed, which is they emerge when the center of a very massive star collapses in upon itself.

“This is indirect observational evidence that black holes originate from direct-collapses and not from stellar remnants,” says Basu, an astronomy professor at Western.

Basu and Das developed the new mathematical model by calculating the mass function of supermassive black holes that form over a limited time period and undergo a rapid exponential growth of mass.

The mass growth can be regulated by the Eddington limit that is set by a balance of radiation and gravitation forces or can even exceed it by a modest factor.

“Supermassive black holes only had a short time period where they were able to grow fast and then at some point, because of all the radiation in the universe created by other black holes and stars, their production came to a halt,” explains Basu.

During the last decade, many supermassive black holes that are a billion times more massive than the Sun have been discovered at high ‘redshifts,’ meaning they were in place in our universe within 800 million years after the Big Bang.

The presence of these young and very massive black holes question our understanding of black hole formation and growth.

The direct-collapse scenario allows for initial masses that are much greater than implied by the standard stellar remnant scenario, and can go a long way to explaining the observations.

This new result provides evidence that such direct-collapse black holes were indeed produced in the early universe.

Basu believes that these new results can be used with future observations to infer the formation history of the extremely massive black holes that exist at very early times in our universe.

Viruses live on doorknobs and phones and can get you sick – smart cleaning...

One vomiting episode from someone infected with norovirus emits billions and billions of individual viruses. That’s enough to fuel an outbreak – and is exactly... 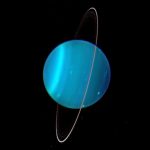 The ice giant Uranus' unusual attributes have long puzzled scientists. All of the planets in our Solar System revolve around the Sun in the same... 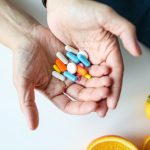 In two new studies, researchers shed light on the relationship between obesity and the use of prescription opioids in the United States. One of the... 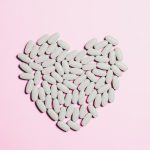 Some people consider treating coronavirus patients with a combination of the malaria drug hydroxychloroquine and the antibiotic azithromycin. But in a new study, researchers advise... 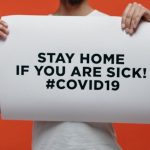 In a new study, researchers found that aggressive intervention such as lockdowns to contain COVID-19 must last for at least 44 days. The research was... 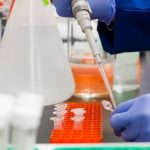 This new drug may strongly block early stages of COVID-19